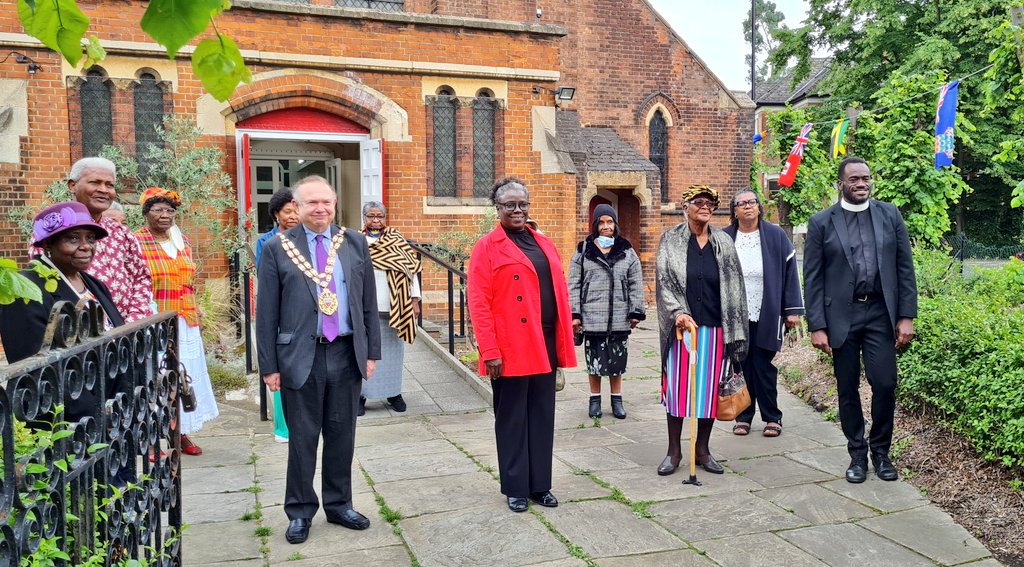 Members of the Windrush Generation and their families were joined by the Bishop of Stepney, Mayor of Hackney and other community leaders at the premiere of a new documentary, “Windrush Pioneers”. The documentary was produced using a grant from Hackney Council.

The premiere, which took place on National Windrush Day (22 June), was held at St Michael and All Angels Church, Stoke Newington Common. Six members of the Windrush Generation are part of the congregation at St Michaels, and feature in the Windrush Pioneers documentary.

Reverend Steve Gayle, the vicar of St Michael and All Angels Church Stoke Newington, said: “The Windrush Generation and their families are the lifeblood of many churches in North London and beyond. I hope that this new documentary helps to build awareness and understanding of the incredible lives of the Windrush Generation and the contribution that they and their families continue to make to our churches and communities.”

Sheba Montserrat, Interviewer and co-producer, said:  “To go forward, we have to all actively change the narrative and language around the Windrush Generation’s legacy. They were young pioneers and adventurers who came to Britain because they were invited. Not immigrants in search of a better life. When they settled in Britain, they were surprised to find worst conditions than they’d left behind.”

The Bishop of Stepney, Rt Revd Joanne Grenfell, said: “Our churches owe so much to the Windrush Generation and their families. It’s really important that we continue to share their story, celebrate the contributions they have made to our communities, and learn from their experience in the Church of England, as we continue to strive for racial justice.

This documentary was incredibly educational and engaging, and I was very privileged to be among the first people to see it. I’d like to thank the members of the Windrush Generation for sharing their experiences, and thank all those involved in producing this documentary and premiere which have provided a special way to mark this year’s National Windrush Day.”

The premiere of the documentary was also attended by members of the Little Londoners nursey, which is local to Stoke Newington. The Little Londoners group gave a presentation to the audience as part of the celebration. Prior to the premiere, Shana Maloney led a short Eucharist service.

National Windrush Day honours the British Caribbean community, and the half a million people who travelled to the UK after the Second World War. It was founded in 2018 on the 70th anniversary of the Windrush migration, and is now in its fourth year.

The documentary was funded by a grant from Hackney Council. In attendance at the premiere was the Bishop of Stepney, the Mayor of Hackney and many councilors.  It is available to watch at HackneyWindrush.com.

The celebration was covered by the Hackney Gazette and you can read their article here.